One part of Spring I’ve come to enjoy in my career is the annual Geospatial Summit hosted by the National Geodetic Survey in Silver Springs, Maryland.  It’s an opportunity to hear straight from the source about the latest efforts at NGS. Last year, the pandemic disrupted the event, so it was great to see that not only would NGS be hosting the Geospatial Summit online this year, but it would also include a third day dedicated to the Industry Workshop, which is focused on ways in which vendors and the NGS can work more constructively together. If you’ve never been to the Summit, it’s typically two days of drinking from the firehose about the latest ideas and projects from NGS that eventually affect the day to day workflows we use for working with coordinates here in the United States, whether that’s as a surveyor out in the field or someone in an office working on data conversions in a GIS. Topics range from the practical end of field techniques and hardware to how to appropriately carry out a survey and software tools and data products used to stay on top of the latest coordinate systems and transformation standards.  The day will usually open with the Director of NGS, Julianna Blackwell, giving a welcome address, setting the stage, and diving deep with specialty area NGS employees talking on specific projects.

The big question on my mind going into this year’s summit was, “Is the NSRS (National Spatial Reference System) Modernization project still on pace within the revised schedule?” Last year it became clear that 2022 as a deadline for the modernization project wasn’t going to happen. The NSRS Modernization Project was on a ten-year plan, and it had been progressing well in the yearly updates from NGS. The pandemic affected the project’s progress, particularly on the GRAV-D project, since it requires an aircraft for gravity surveys and ranging travel. The NGS was also understaffed, so the project delivery date has been postponed to after 2025. On a brighter note, the NGS recently hired several talented scientists. We were told that the GRAV-D program would be wrapping up in 2024, which was the most significant point in the schedule. NGS expects to have an “alpha” version of the modernized NSRS ready in the next two years. This timeline will give surveyors and industry professionals some lead time to work on the new systems and be fully prepared when everything is done and ready to go. Here at Blue Marble, we’ve been keeping up with the latest and greatest tools from NGS, such as NADCON5, and we are looking forward to getting our hands on the next generation.

It was also announced that the current version of the Horizontal Time-Dependent Positioning toolkit would be adopted as the alpha version of what will be known as the Intra-Frame Velocity Model (IVFM), or the motion model which describes the motion of the tectonic plates. Until recently, the NGS said that HTDP would be retired, so a happy update for us since we’ve supported HTDP in our tools for many years. 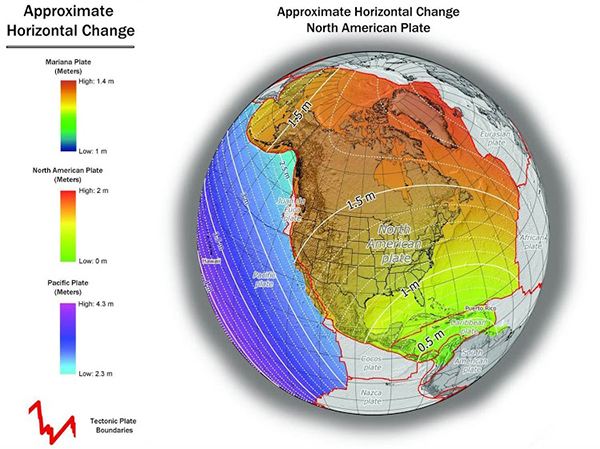 As always with NGS, there are some interesting updates on the vocabulary and definitions we use in even discussing standards and this summit was no different. One term that has been in play for a few years now is the idea of the “Intra-Frame Velocity model,” a rotation model based on the concept of Euler (pronounced like “Oiler”) Pole.  Dru Smith, the Modernization Manager at NGS, discussed how one possible change might be to call the IFVM the “Intra-Frame Motion Model” or “Intra-Frame Deformation Model” since Velocity perhaps implies the wrong meaning to what the model describes. Another such term would substitute “Adjustment window” for “GPS Month” since the time periods in use are stretches of time rather than a specific moment in time. A few things have been clarified, such as the base source for position data in the NGS database would be the Cartesian XYZ coordinates and Lat/Long would be derived from them, an interesting nuance of the new system, and that the new NSRS will be locked to ITRF2020 at its moment of inception. This is illustrative of the level of detail the Summit delves into over its days, and it’s fascinating. Michael Dennis, an NGS geodesist and professional land surveyor, provided an update on the new State Plane coordinate systems. Most states are well underway with developing the updated projected zones that will become the new State Plane systems, which was great to hear. Moving along with the discussion of the retirement of the US Foot in favor of the International Foot, Michael dedicated part of his presentation to the history of use and laws around the use of the US Foot. Apparently, it was mandated that the US Foot should have been retired back in the 1980s with the last modernization effort and it just didn’t get done. I’d recommend anyone interested in coordinate systems look up that part of the presentation for a fascinating dose of history once the presentations are posted. 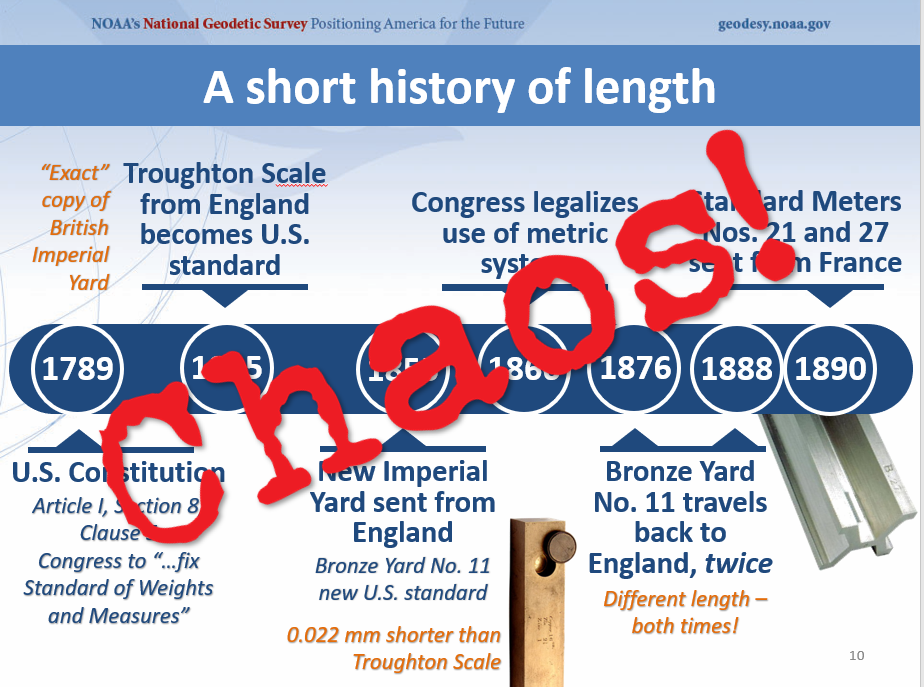 The Open Source model of development is now “in” at NGS. One of the more uncharacteristic updates at this year’s Summit was a discussion about how NGS writes its software kits and tools. It’s a bit of a longstanding chuckle that many of the NGS tools still used today were originally written in FORTRAN. Over the last few years, they have been steadily talking about how they are working on modernizing to languages more commonly in use today in computer science, such as Java and C++.  There are certainly folks that still work in FORTRAN, and that’s fine, but when you’re trying to make things more accessible, using a more modern language a step in the right direction. However, this year’s update also got into the methods for sharing their dev process and code. In an interesting change, the NGS will be posting their code on GitHub, an open development platform, where not only will the public be able to access the source code but also every check-in and revision. Hosted at https://github.com/noaa-ngs their repository already contains the code for the National Coordinate Conversion and Transformation Tool, as well as Horizontal Time-Dependent Positioning projects. They will be able to accept code revisions from the public if someone finds a bug and feels like contributing to the code rather than just pointing it out with a bug report. As a software development company, we have had conversations with NGS developers when we’ve found the odd issue or discrepancy here and there, and this move to open source development is an interesting way to get the community more directly involved. 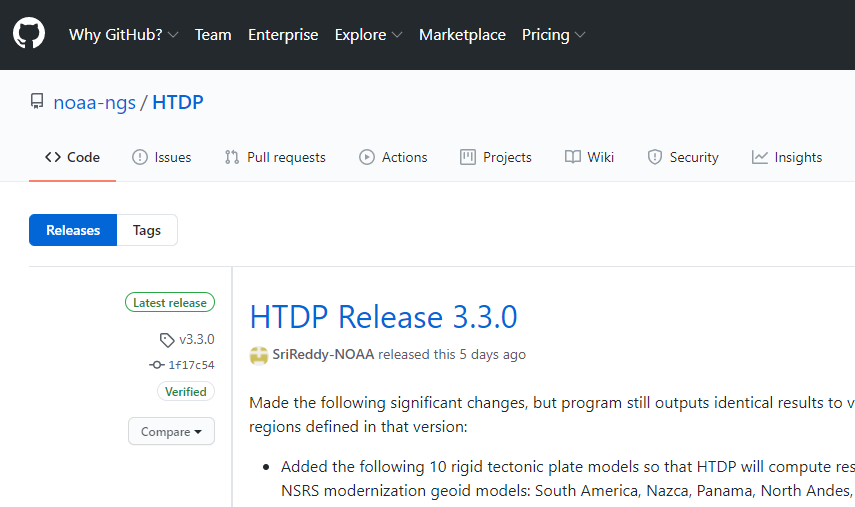 As with every Geospatial Summit at NGS, there is far more material than a quick blog post like this can cover. If you weren’t able to attend the event, check out the presentations on the NGS site.  Meanwhile, learn more about Blue Marble’s products – Geographic Calculator and GeoCalc Online today.