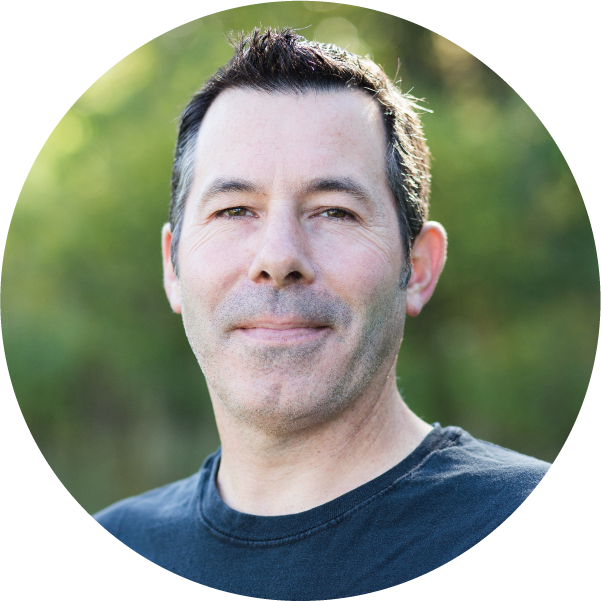 Patrick Cunningham offers over two decades of experience in software development, marketing, sales, consulting, project management, and corporate management. He joined Blue Marble in 2003 and has led the company as President since 2004 after assisting the founder with selling the company to private investors. Cunningham has overseen the growth of Blue Marble ever since including the acquisition of Global Mapper in 2011 and the expansion of its innovative Lidar and drone imagery processing tools. 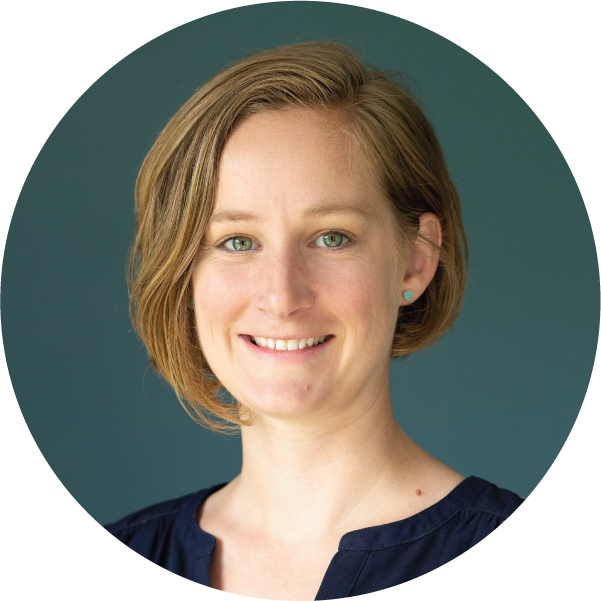 Katrina Schweikert is a Product Manager at Blue Marble Geographics. As a geographer and GIS analyst, she is excited to be researching, planning, and managing work on the latest developments in GIS analysis, 3D visualization of geospatial data, lidar processing, UAV imagery analysis, and geodesy. Katrina also does technical writing, training, and technical assistance for Blue Marble Geographics suite of GIS and Geodesy software tools. With a degree in Geography from Middlebury College and a GIS certificate from the University of Wisconsin Madison, she has also worked as an instructor in GIS and Geography and has contributed to numerous GIS and cartography projects while studying and working in the geospatial field. 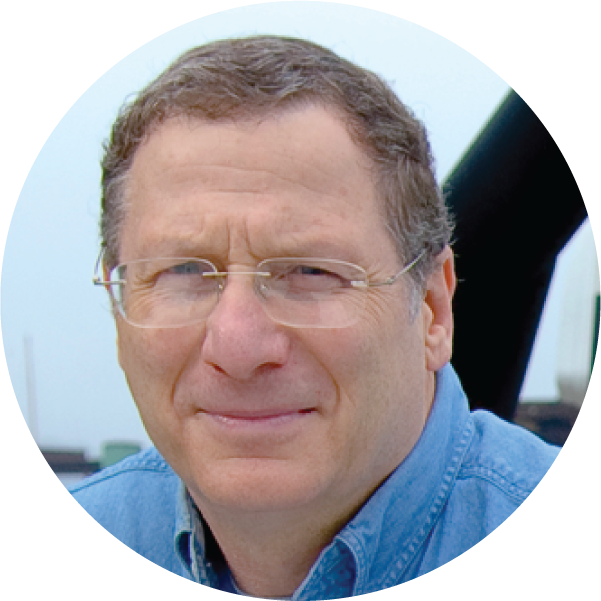 Larry Mayer is a Professor and the Director of the Center for Coastal and Ocean Mapping at the University of New Hampshire. He graduated magna cum laude with an Honors degree in Geology from the University of Rhode Island in 1973 and received a Ph.D. from the Scripps Institution of Oceanography in Marine Geophysics in 1979. At Scripps, he worked with the Marine Physical Laboratory's Deep-Tow Geophysical package, applying this sophisticated acoustic sensor to problems of deep-sea mapping and the history of climate. After being selected as an astronaut candidate finalist for NASA's first class of mission specialists, Larry went on to a Post-Doc at the School of Oceanography at the University of Rhode Island where he worked on the early development of the Chirp Sonar and problems of deep-sea sediment transport and paleoceanography. In 1982, he became an Assistant Professor in the Dept. of Oceanography at Dalhousie University and in 1991 moved to the University of New Brunswick to take up the NSERC Industrial Research Chair in Ocean Mapping. In 2000 Larry became the founding director of the Center for Coastal and Ocean Mapping at the University of New Hampshire and the co-director of the NOAA/UNH Joint Hydrographic Center. Larry has participated in more than 90 cruises (over 70 months at sea!) during the last 35 years, and has been chief or co-chief scientist of numerous expeditions, including two legs of the Ocean Drilling Program and nine mapping expeditions in the ice covered regions of the high Arctic. He has served on, or chaired, far too many international panels and committees and has the requisite large number of publications on a variety of topics in marine geology and geophysics. He is the recipient of the Keen Medal for Marine Geology and an Honorary Doctorate from the University of Stockholm. He was a member of the President’s Panel on Ocean Exploration, National Science Foundation’s Advisory Committee for the Geosciences, and chaired a National Academy of Science Committee on national needs for coastal mapping and charting as well as the National Academies report on the impact of the Deepwater Horizon Spill on ecosystem services in the Gulf of Mexico. He was the co-chair of the NOAA’s Ocean Exploration Advisory Working Group, and the Vice-Chair of the Consortium of Ocean Leadership’s Board of Trustees. He is currently the Chair of the National Academies of Science’s Oceans Studies Board, Chair of the MARUM Science Advisory Board, and is a member of the State Dept.’s Extended Continental Shelf Task Force and the Navy’s SCICEX Advisory Committee. In 2016, Larry was appointed by President Obama to the Arctic Research Commission and in 2017 he was elected to the Hydrographic Society of America Hall of Fame. In 2018, he was elected as a member of the National Academy of Engineering, and, in 2019, was elected as a foreign member in the Royal Swedish Academy of Sciences. In 2020, Larry was selected as the first recipient of the Walter Munk Medal from the The Oceanography Society. Larry's current research deals with increasing the efficiency and effectiveness of seafloor mapping and remote characterization of the seafloor (including through the use of autonomous vehicles) as well as advanced applications of 3-D visualization to ocean mapping problems and applications of mapping to Law of the Sea issues, particularly in the Arctic. 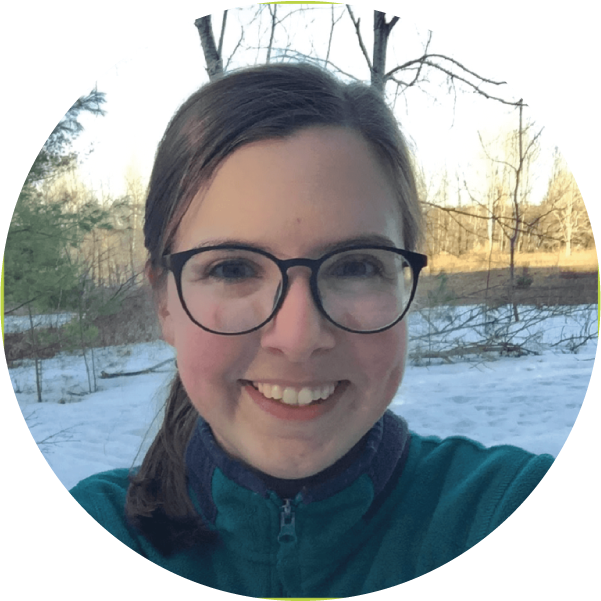 Amanda Lind is an Oklahoma State University graduate with a Master’s in Geography, GIS certificate, and a bachelor’s in Forestry. She has worked as an Application Specialist with Blue Marble Geographics in Maine for a year, and she enjoys working with users to expand their knowledge of GIS and Global Mapper. 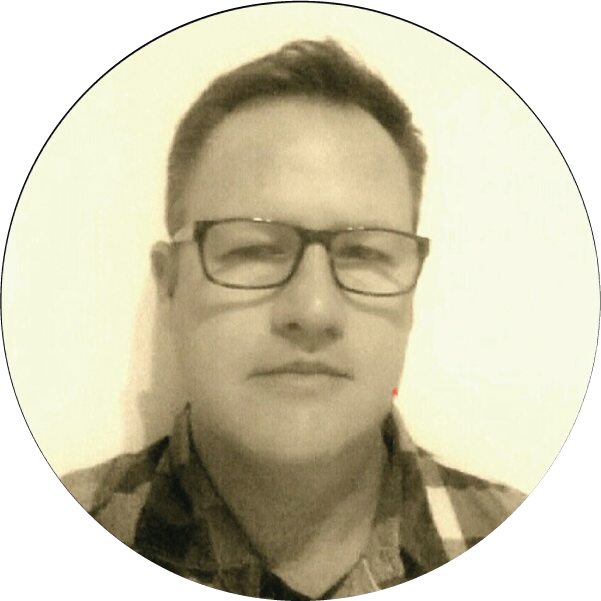 Brett Rhodes is a Mine Surveyor with BHP at South Flank Mine in Western Australia's Pilbara region. He’s also the 2022 Global Mapper Master award winner. Brett has been in the mining industry since 1998, having joined Alcoa at 24 years of age. He currently holds a Grade 2 Authorised Mine Surveyors Certificate of Competency as well as my Unrestricted Quarry Managers Certificate of competency with (DMIRS - Department of Mineral Resources). Brett adopted drone technologies in 2016, and whilst at Alcoa rolled out drone use, developing drone processes, procedures, and workflows for integration in everyday use. Global Mapper has played an integral part in Brett’s drone flight planning, processing, and data deliverables for mapping analysis. In March 2019, Brett joined BHP. Since then he has championed drone technologies and enjoyed writing procedures to ensure that his team can get the most out of drone use within the Western Australian Iron Ore (WAIO) team. Brett has used Global Mapper from designing the terrain surfaces to be loaded onto the drones for terrain follow use to ensure a constant ground sampling distance, to deliverables analysis using the Global Mapper 3D viewer analysis tools when conducting Geological Face Mapping in the pit. 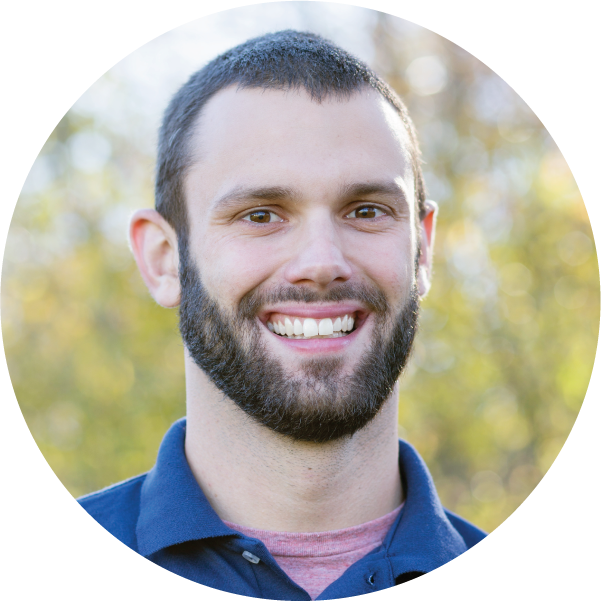 Jeff Hatzel is Product Manager at Blue Marble Geographics. He helps to manage the planning, research and development associated with the creation of new products and features across Blue Marble’s product offerings. Jeff also provides training and technical support to customers while also leading technical demo. Prior to joining Blue Marble, Hatzel earned his MS in GIS at the University of Wisconsin-Madison, where he still teaches GIS courses as part of an online masters program. In addition to experience teaching at the university level, Jeff has a background studying GIS theory, along with utilizing GIS applications across a variety of real-world settings. 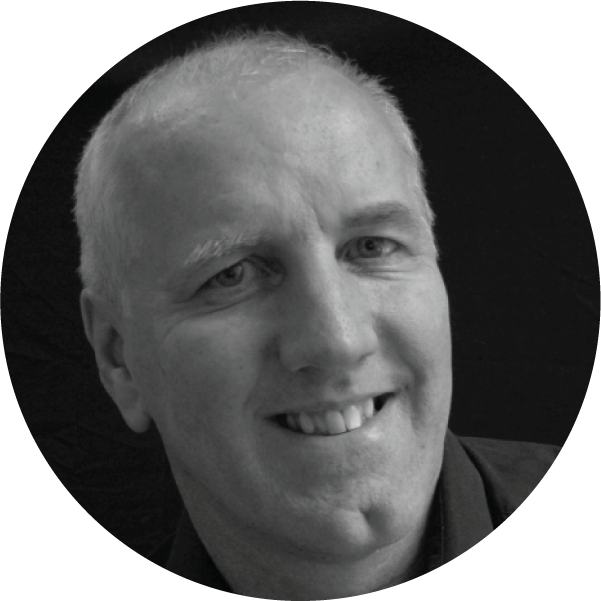 David McKittrick is Training and Outreach Manager at Blue Marble Geographics in Hallowell, Maine. A graduate of the University of Ulster in Northern Ireland, McKittrick has spent over 30 years in the field of GIS and mapping, focusing on the application and implementation of spatial technology within a wide variety of industries and vertical markets. McKittrick has designed and delivered hundreds of GIS training classes, seminars, and presentations and has authored dozens of articles and papers for numerous business and trade publications. 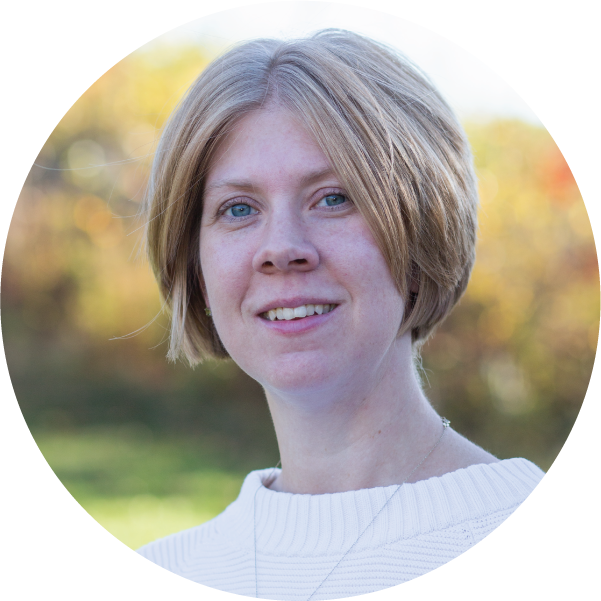 Danielle Caron has been with Blue Marble since 2008 and has had multiple roles throughout her career as the company grows and expands. As the Operations Manager, she is committed to improving internal processes and efficiency, growing the teams to support our international customers, and promoting Blue Marble as a technical leader in the GIS industry. Outside of work, she enjoys camping, fishing, cooking, and gardening with her family. 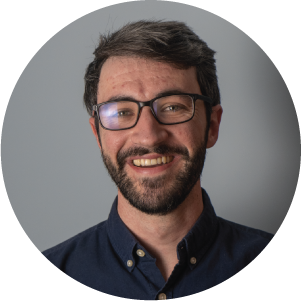 Nate Treacy joined Blue Marble Geographics in 2021 as an Application Specialist, where he provides technical support, leads software demos, and assists with Global Mapper public training courses. He graduated from the University of Arizona in 2020 with an MA in Geography and a Graduate Certificate in GIS. He has taught courses on GIS for the natural and social sciences as well as digital cartography and geovisualization. 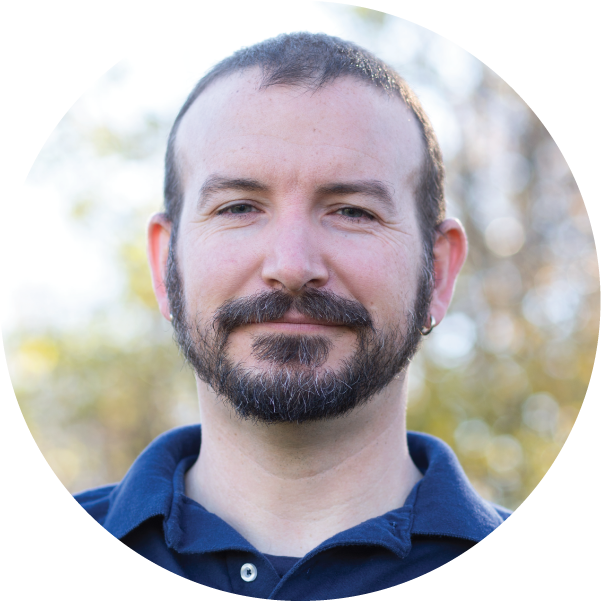 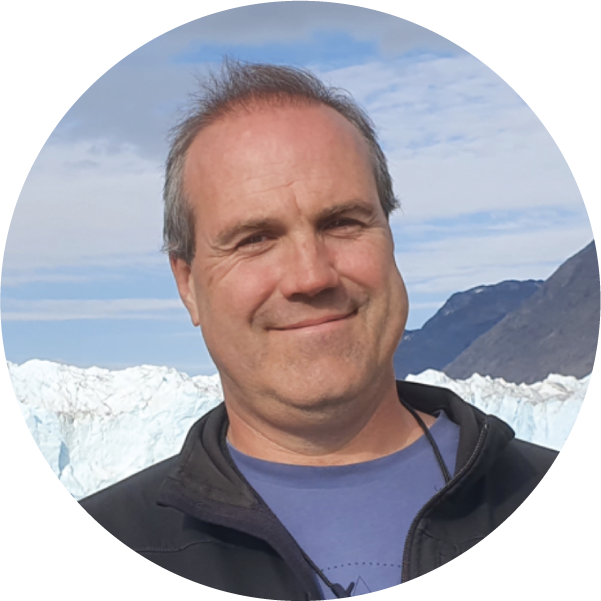 Paul is a Ph.D. educated freelance marine geologist/geophysicist domiciled in central Scotland. He earned my Ph.D. from the Royal School of Mines at Imperial College London in 1998, and it was during this time, he first used and fell in love with GIS software. His professional life involves the stewardship of marine geophysical surveys on behalf of clients such as energy companies (renewables, oil, and gas), transmission companies (pipelines and power cables), and submarine telecoms cables. Pauls use Global Mapper constantly when offshore: for planning; to monitor the progress and activities of the survey contractors via a GPS-linked model; for constant spatial awareness; and quality control data deliverables. Of the various types of projects he works on, he most enjoys the corridor mapping and route engineering of submarine telecoms cables as these cover the globe, which usually requires the survey of previously unmapped sections of the seafloor. Paul uses Global Mapper for cable route engineering, as it allows him to quickly assimilate a lot of diverse spatial data pertinent to choosing a safe, installable, and maintainable route for a submarine cable system. Paul's Ph.D. involved the production of the first maps of the spectacular stone columns found in Ikka Fjord, SW Greenland. In 2017 a former fellow research student, now a university lecturer and researcher in Iceland, invited Paul to participate in further research of the locality: Ikaite, the substance the stone columns are made of, is a very rapidly forming carbonate mineral and as such is of particular interest as a medium for carbon sequestration which is driving the new research into the rare, beautiful but also fragile mineral deposits formed into hundreds of columns up to 20m high found in the fjord. Paul happily accepted and has been using the knowledge of geophysical survey techniques he had gained working offshore to make much more accurate and detailed maps of the locality that are presently being published. The power, familiarity, and affordability of Global Mapper made this the obvious choice for Paul as a platform to combine and analyze the diverse published and survey-acquired data concerning the deposits for the project. 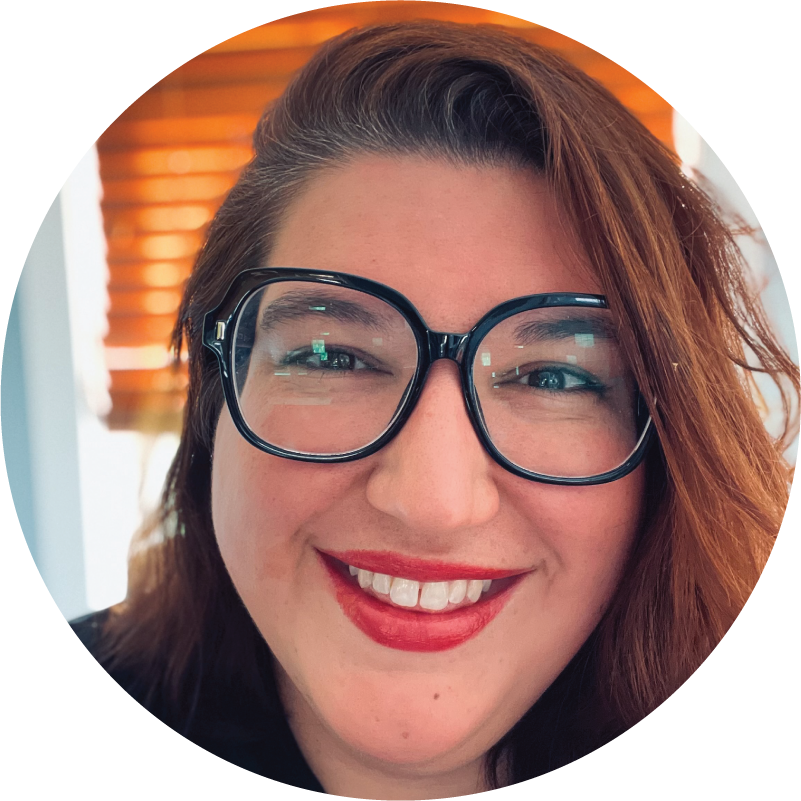 Rachael Landry is a Marketing Assistant at Blue Marble Geographics. A graduate of the University of Maine Farmington, Landry joined Blue Marble in 2016 as a sales team member. She is the voice of many of Blue Marble's Youtube videos and works with vendors, customers, and staff to ensure quality messaging. 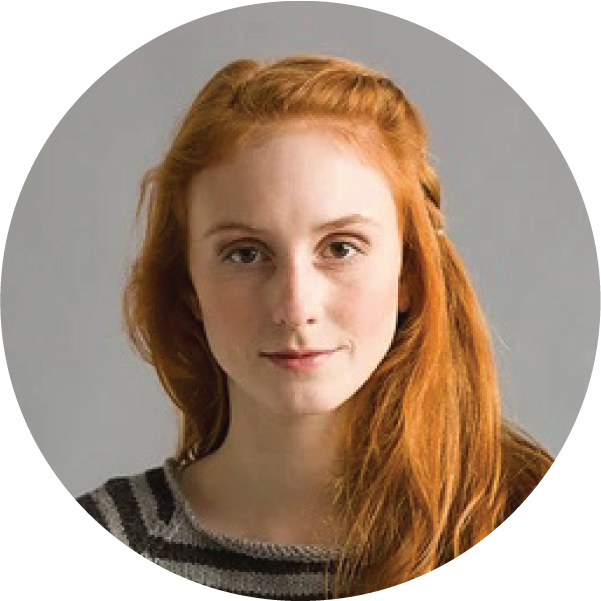 Mackenzie Mills is an application specialist at Blue Marble Geographics in Hallowell, Maine. She is a graduate of Physical Geography, with a focus on GIS and Sustainability.