The year was 1993, and although paper mapping was still a hit (right alongside Janet Jackson’s and George Michael’s music and fashion), digital mapping was becoming increasingly popular. Moreover, the proliferation of GIS technology worldwide created an immediate need for new software tools to solve complex world problems, such as a calculator tool for accurate coordinate conversion, datum transformation, and file translation.

As Sarah McLachlan sang away her hit song, Possession, The X-Files debuted its first season of the television show, and Bill Clinton was inaugurated as the 42nd President of the United States; a new software company was born in Central Maine on a hot summer day. Jeffrey Cole founded the company after a successful tenure at Delorme Mapping. Cole saw a need for a Windows-based coordinate conversion tool, and as a trained forester, he was uniquely qualified to develop the product. These were the days of Windows 3.1 when there were very few rules or even models to follow for developing your own software or establishing a software company. Cole started the company in the room over his barn/garage in Gardiner, Maine. He and his wife, Eva, embraced the dot com business model with a website that enabled online sales. However, most business transactions were still conducted via snail mail and fax in the 90s. The Coles never took outside funding and grew the business by talking and listening to their customers— a customer-focused business model that Blue Marble Geographics still follows today. Based on customer requests, the next natural step for the company’s growth was to license the underlying libraries of Geographic Calculator as a software development kit, enabling other developers to use the code in their own software. Blue Marble Geographics embraced this model with almost every GIS tool they developed over that first decade, developing a customer base that was a mixture of GIS analysts, surveyors, and software developers. 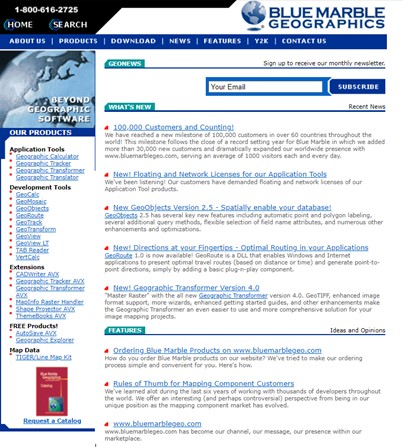 A screenshot of our original website – we’ve always looked good!

Although modern GIS had been progressing alongside computer science since the 1960s, it was in the 1990s that it took off with greater user adoption globally. Suddenly, universities began teaching GIS, and businesses and governments began exploiting the incredible potential of digital mapping analysis. Somewhere in Missouri, a brilliant-minded college student was hired by the United States Geological Survey Agency (USGS) to work on the original dlgv32.exc, which was a digital file format viewer, hence the name of the product – Digital Line Graph Viewer 32 (32 was the bit operating system that the application supported). This smart kid continued on his path and went on to develop world-class GIS software in the next decade, which was later adopted by hundreds of thousands of users worldwide. 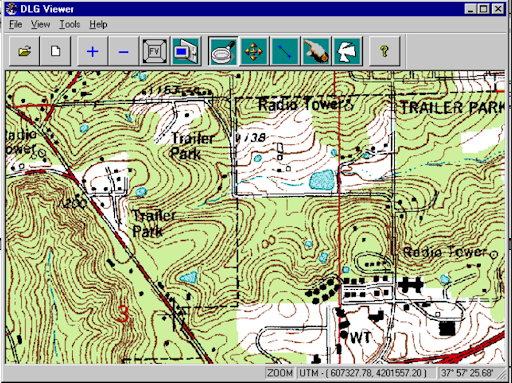 A screenshot of the original dlgv32 viewer

In May of 2000, President Bill Clinton directed the U.S. government to make GPS more responsive to civil and commercial users worldwide by discontinuing the use of Selective Availability. Suddenly, civilians had access to GPS and navigation positioning information they had never had before. The demand for GIS and GPS software development increased dramatically, and spatial analysis’s importance for business decision-making, as well as everyday consumer use, became clear. The next decade saw vast advancements in technology and user adoption of smartphones, which offered access to GIS use in the field to many professionals. 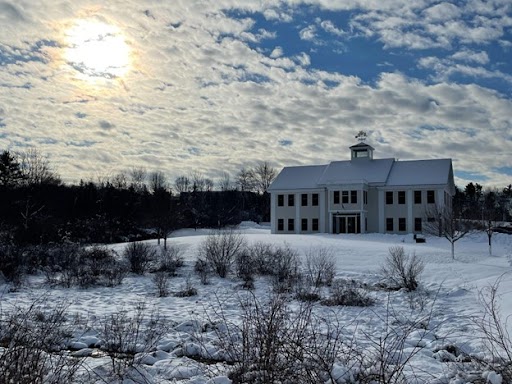 Blue Marble Geographics experienced visible growth during the last decade, doubling the number of employees, which led to the opening of a satellite office in Brunswick, Maine. Today, the company employs a diverse group of highly talented professionals who work hard to develop and support world-class software solutions. As we celebrate the three decades of our history, we’ll share pieces of our story monthly with a new blog. We hope you’ll join us in reminiscing on fun and impressive facts about Blue Marble Geographics.